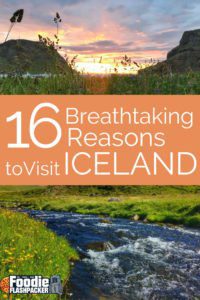 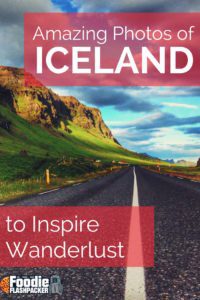 Iceland has been the hot new tourist destination for the past several years. I’m not sure who is in charge of their marketing and promotions department, but whoever it is, they need a raise. It seems as though every travel blogger I follow has been posting their own photos of Iceland.

I barely remember hearing anything about the tiny Nordic island nation five years ago. Now, it seems everyone is rushing to experience the country for themselves. And for good reason — the country is stunning.

Looking for a guide for the best things to do in Iceland? Click here!

Some facts about Iceland-

Looking for a guide for the best things to do in Iceland? Click here!

If these facts alone aren’t enough to make you want to book a trip, here are my favorite photos of Iceland from my recent visit:

If there is a country with more waterfalls than Iceland, I would love to visit. As we drove along the highway, a new, huge waterfall would appear every time we turned a corner. Some of the larger ones were set back off of the highway, while others flowed directly beside it. 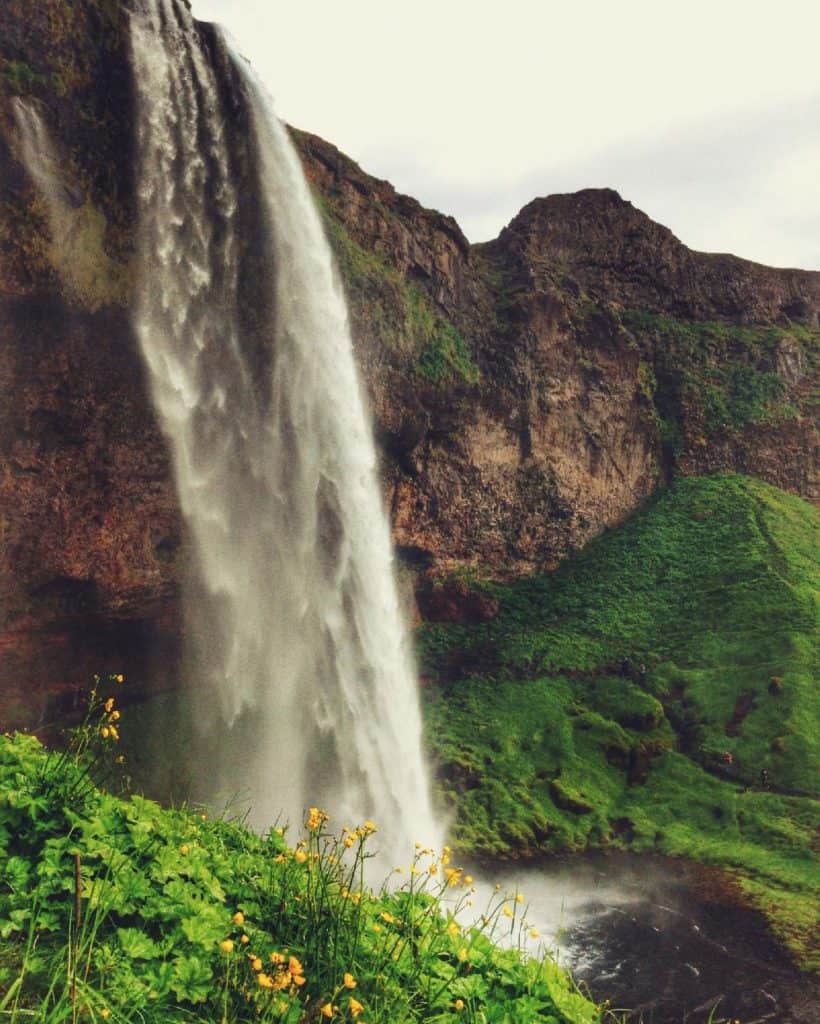 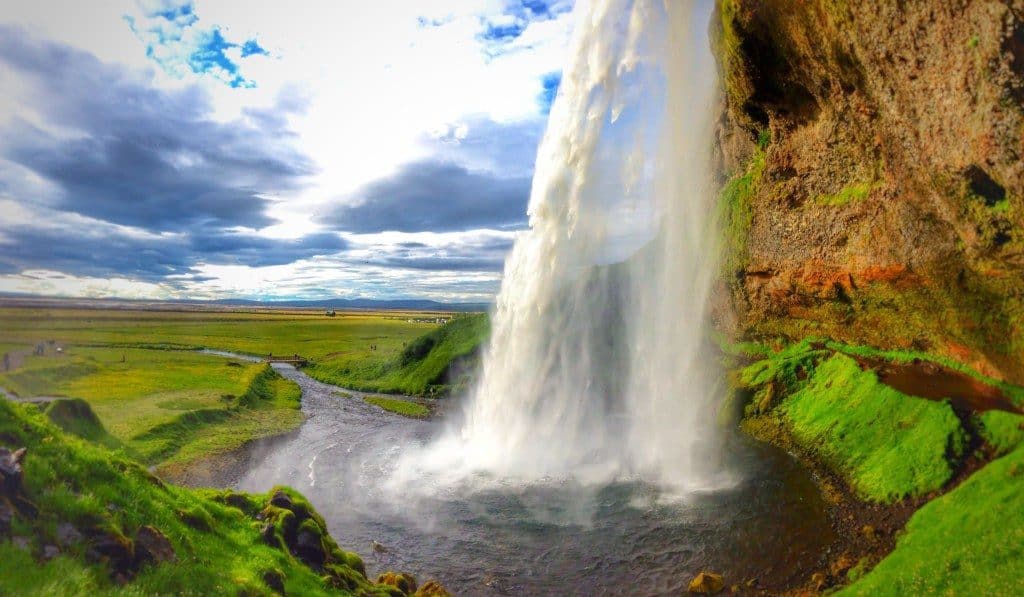 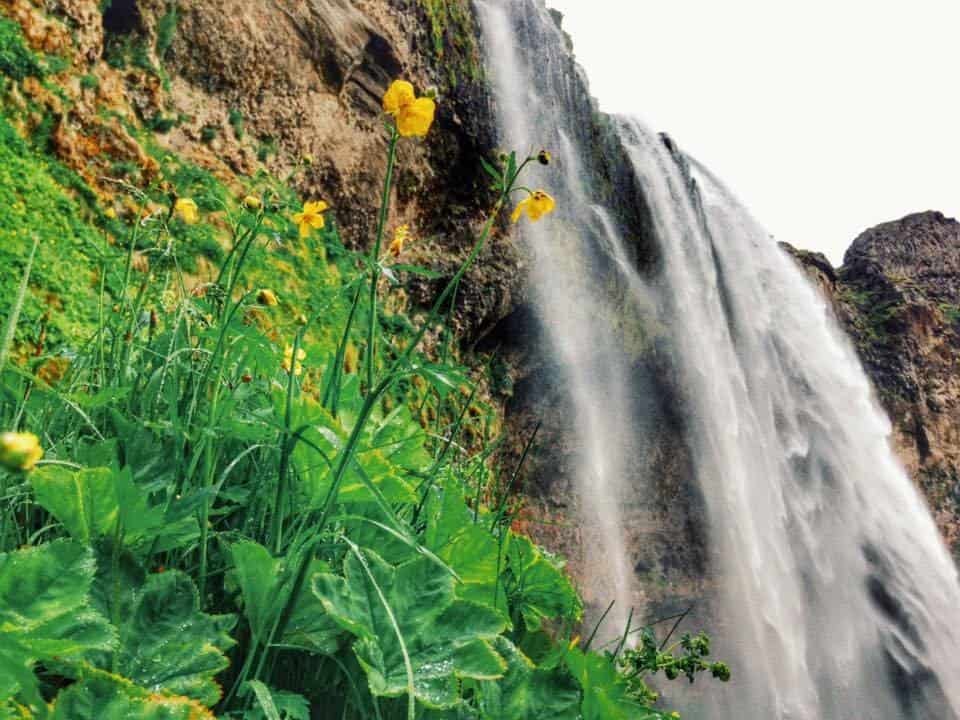 Even though we visited during summer, which is peak season, we often drove with the roads all to ourselves. It was almost surreal to have this long stretch of highway surrounded by rolling green hills and frequent waterfalls laid out before us without anyone around to disturb the scene. 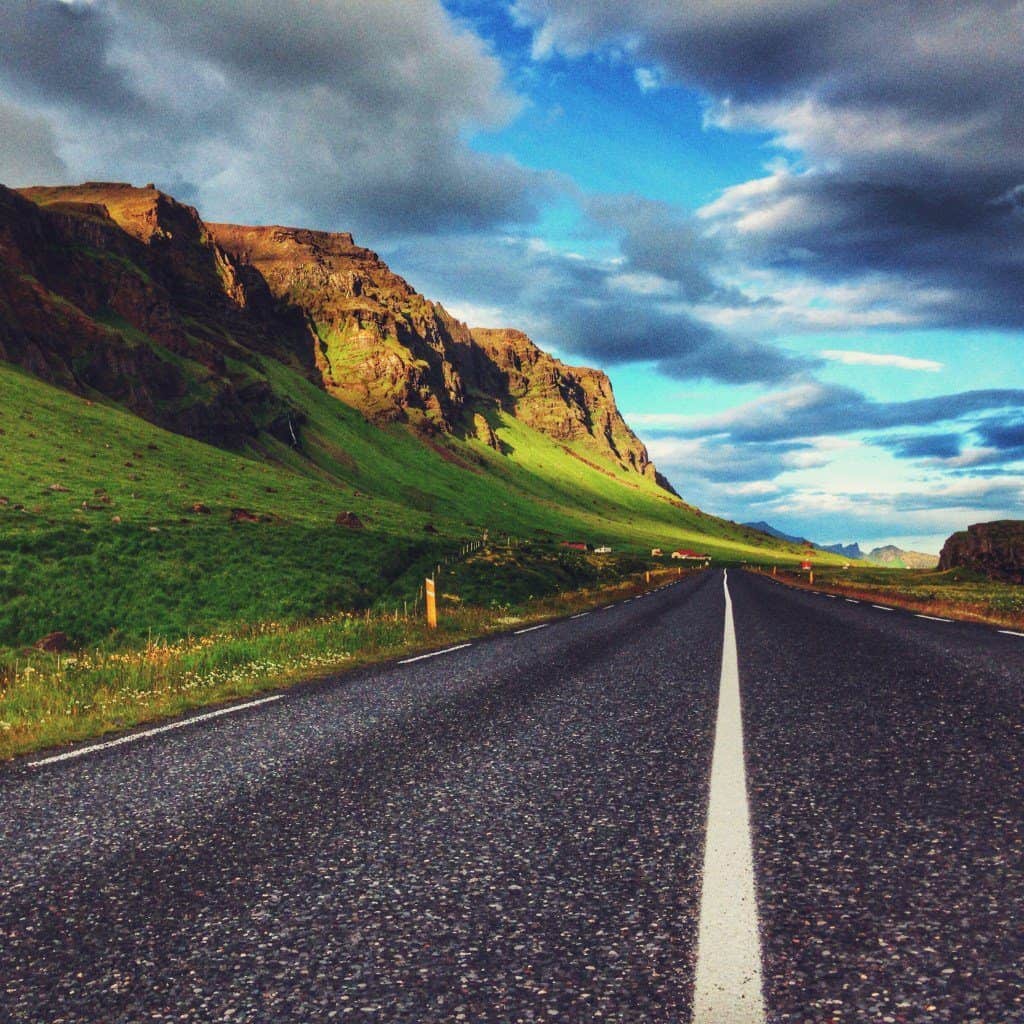 With such long summer days in Iceland, you’ll experience a phenomenon known as midnight sun. Although the sun has set and will rise again only a few hours later, it’s still bright outside. Even at midnight, there’s still plenty of sunlight. The opposite phenomenon occurs in winter, when Iceland only receives sunlight a few hours a day. 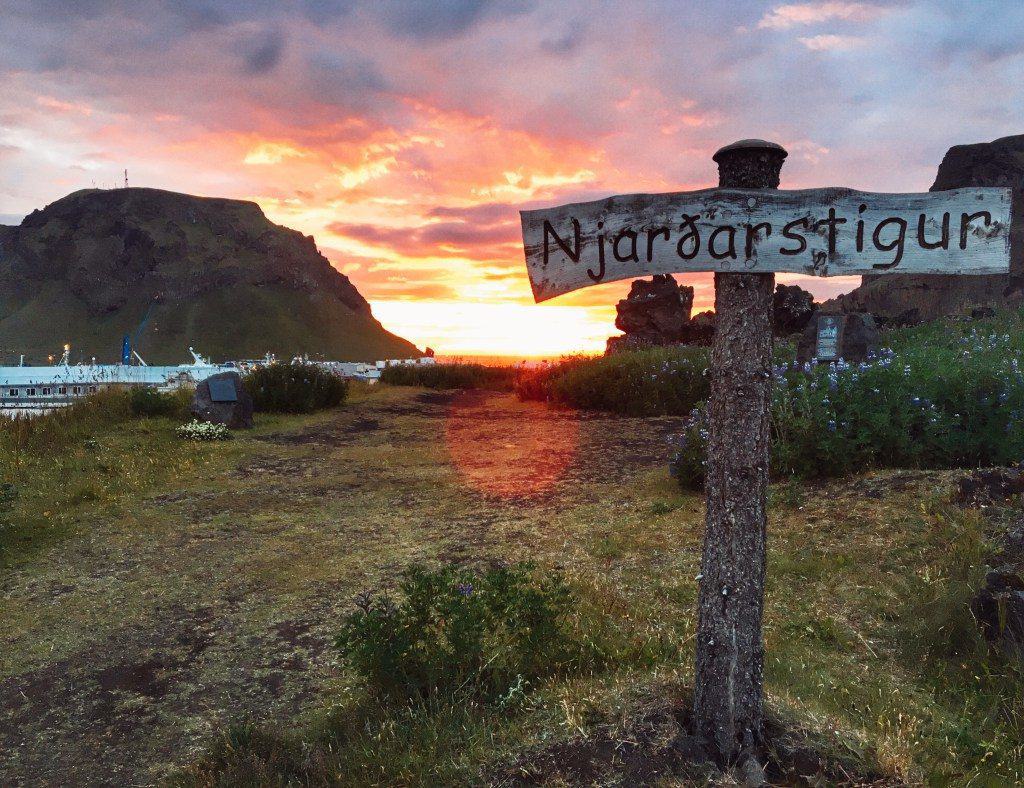 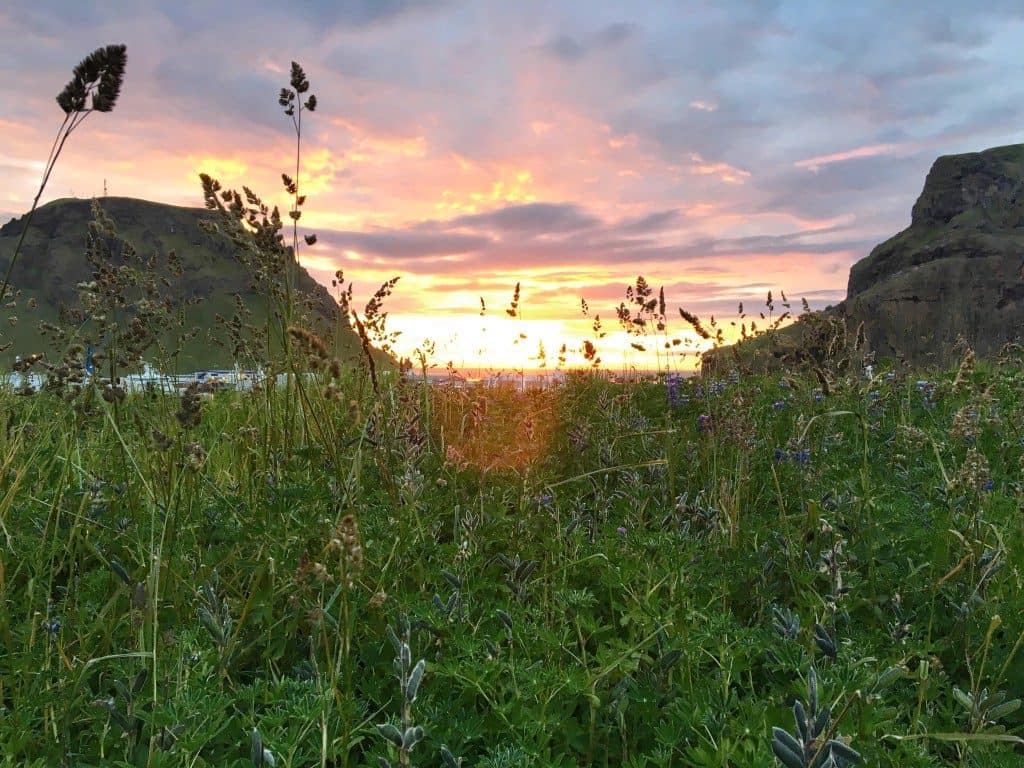 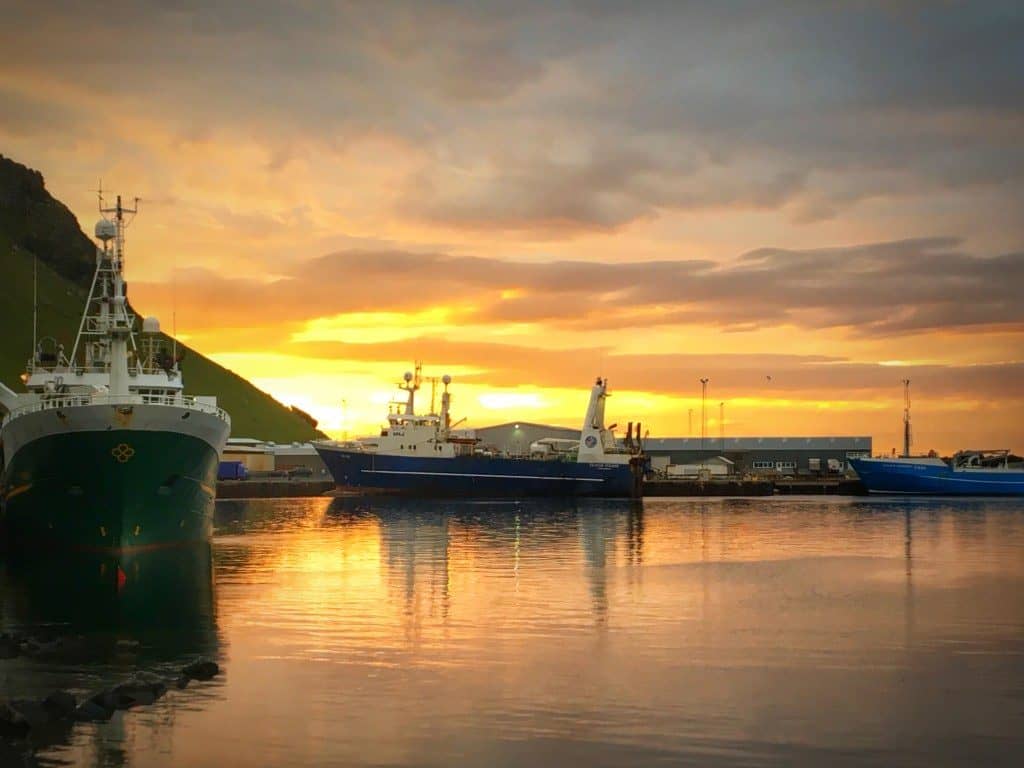 We completed the famous “Ring Road” on our journey, which is essentially a road trip that takes you around the entire country. As you drive along, keep in mind that only one-third of the population lives in these more rural areas. You’ll pass the most gorgeous postcard-worthy towns. 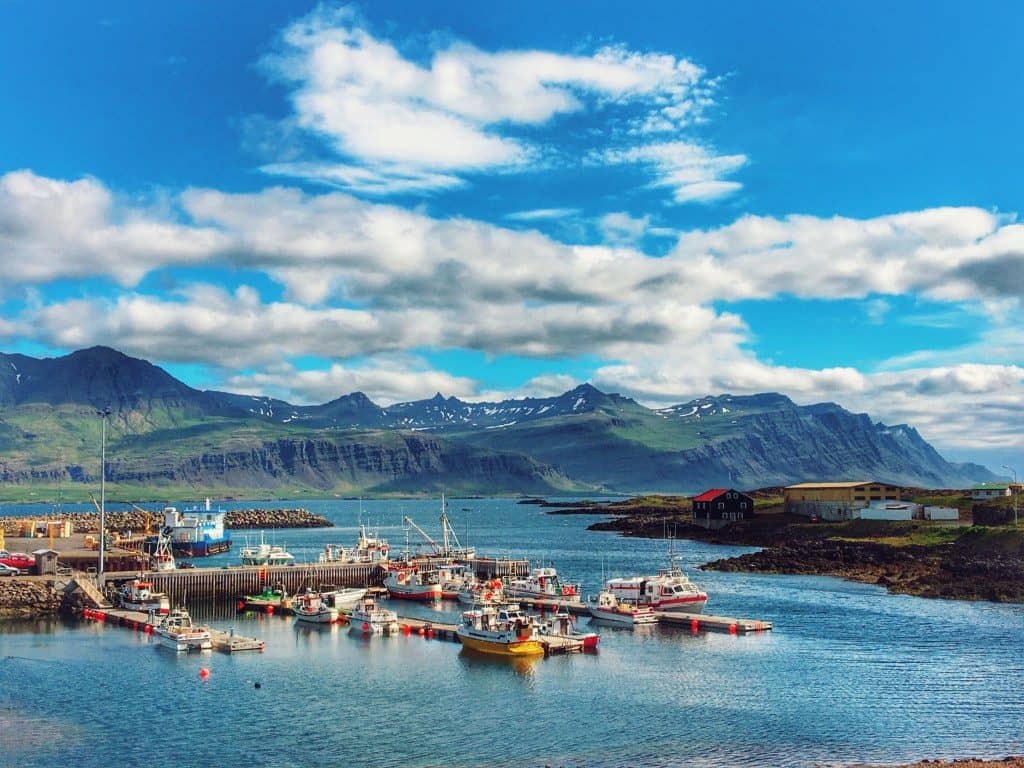 In Iceland, you’ll have plenty of chances to get seriously close to the wildlife. Much of the wildlife roams free. In fact our car rental company warned us about suicidal sheep! They don’t pay attention to motorists before they run across the highway. Fortunately, we didn’t encounter any sheep with death wishes on our trip. 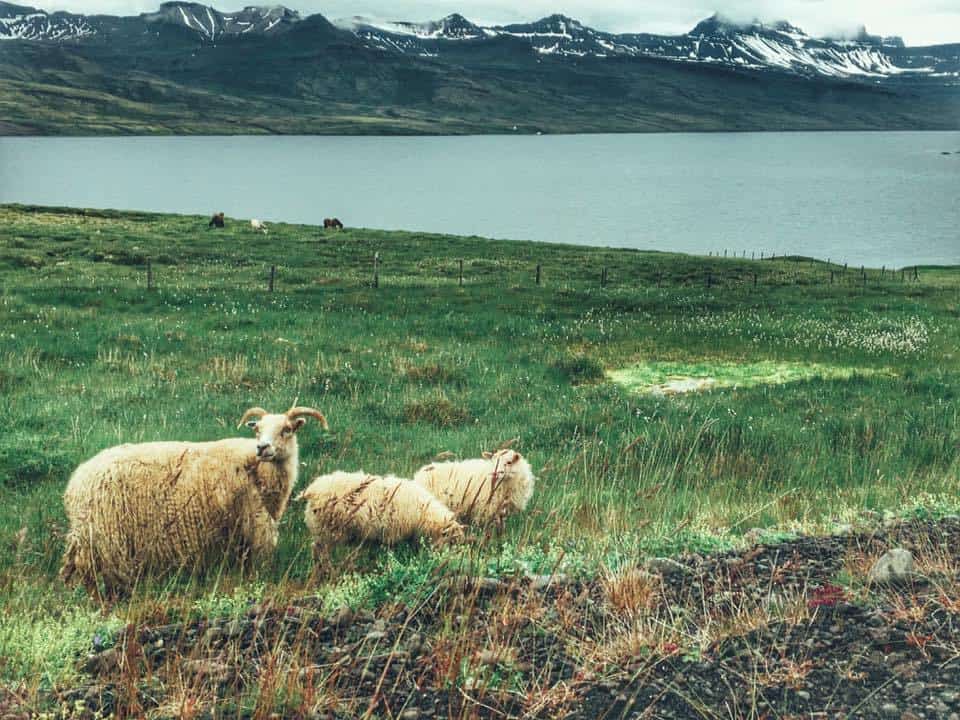 If you approach them very quietly, you can also capture photos of Iceland’s famous puffins. This photo took more than thirty minutes to capture, but it was completely worth it. One popular place to find puffins in Iceland is on your dinner plate, as locals often dine on them. Raw puffin heart is considered a local delicacy. 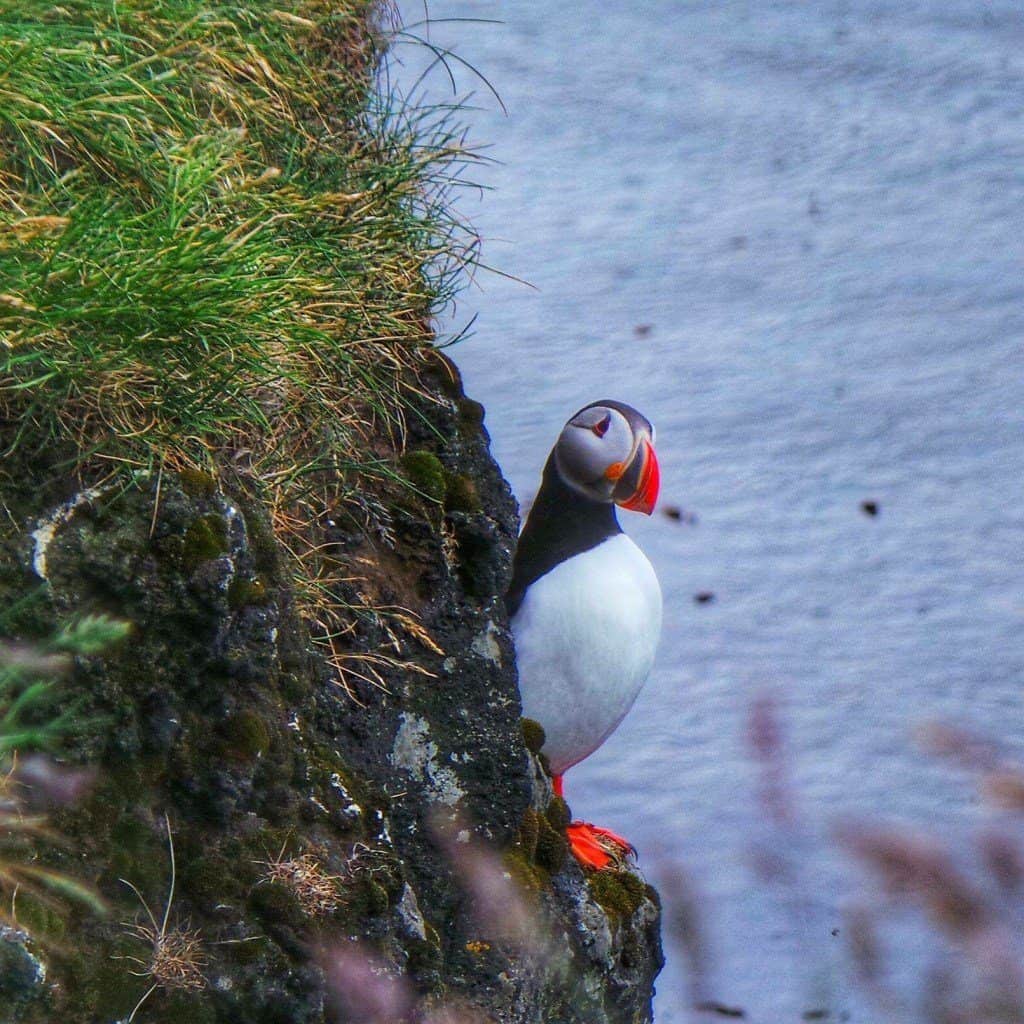 To read about the best meals I found during my time in Iceland click here.

A popular stop on the Ring Road is the Geyser Hot Springs. These geysers are highly active and erupt every few minutes, spouting water up to 30 meters (100 feet) into the air. 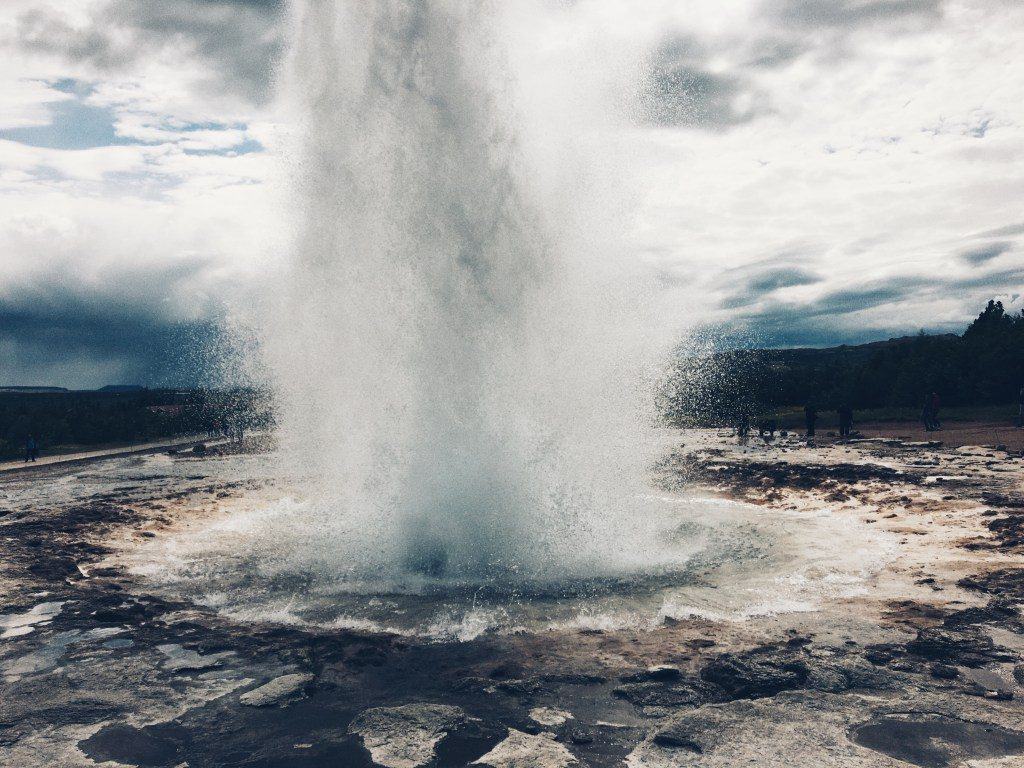 Some of the purest water on the planet

The water in Iceland is so clean that even the government’s tourism website encourages you to drink straight from the source. One of the best ways to cut costs in this notoriously expensive country is to refill your water bottles every time you see a river or stream. 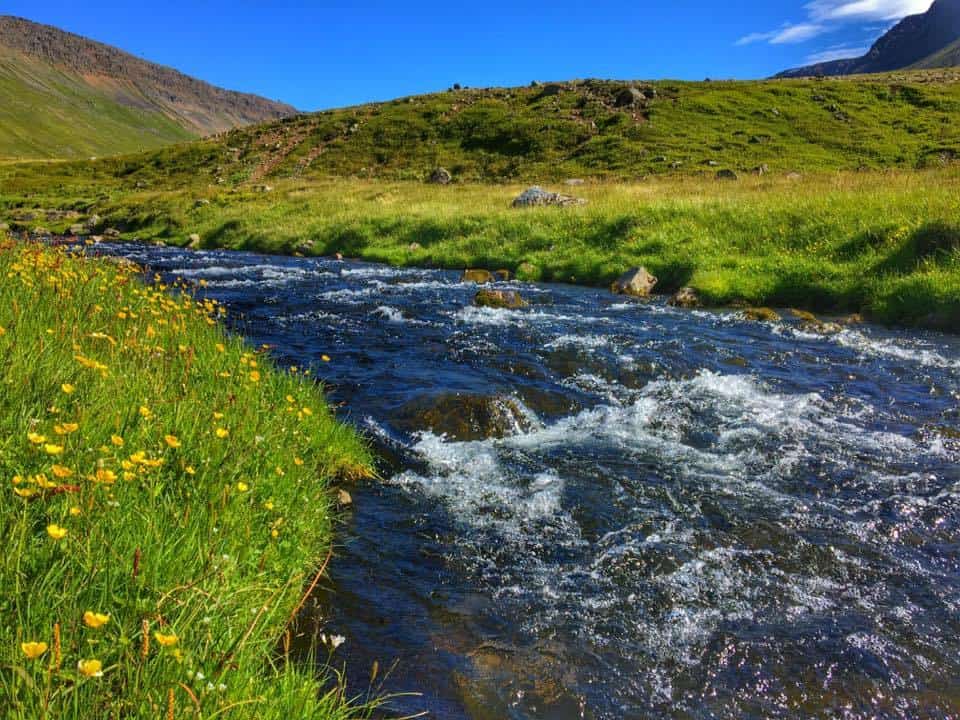 I’ve saved the best for last — the world-famous Glacier Lagoon. The lagoon is filled with large chunks of ice that were once part of larger glaciers. The deep blue lagoon waters, known as Jökulsárlón, are one of the country’s most popular tourist spots. 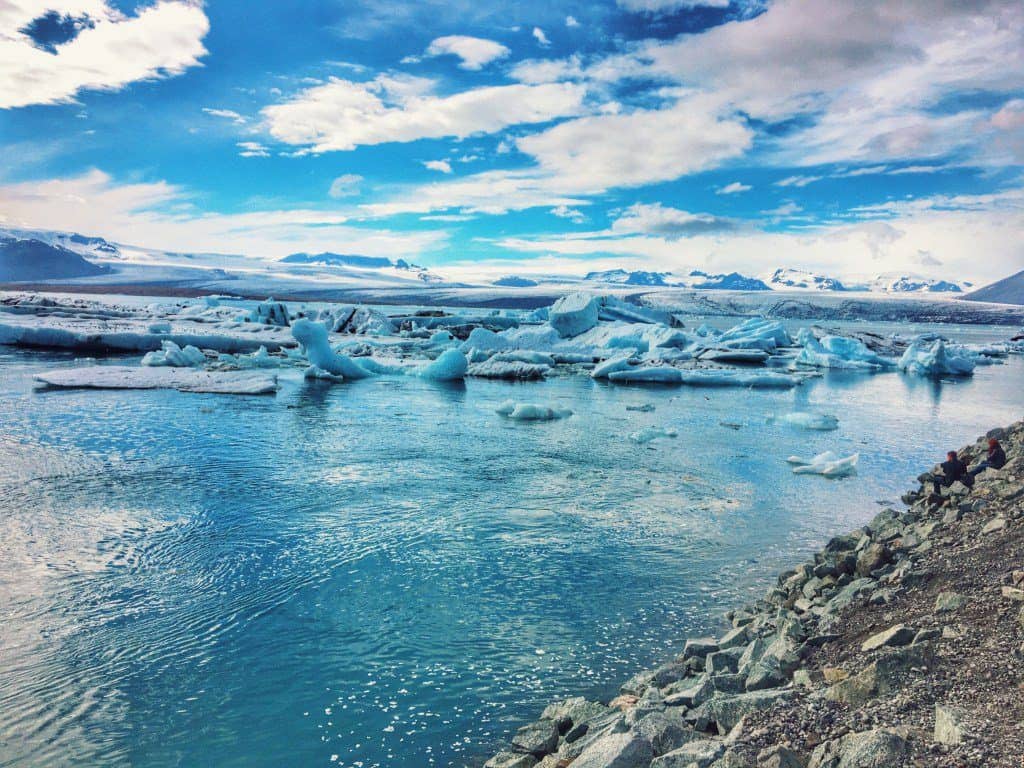 Contrary to what you might think from the photos, the lagoon’s waters aren’t still. The large ice pieces are constantly moving, slowly drifting past. 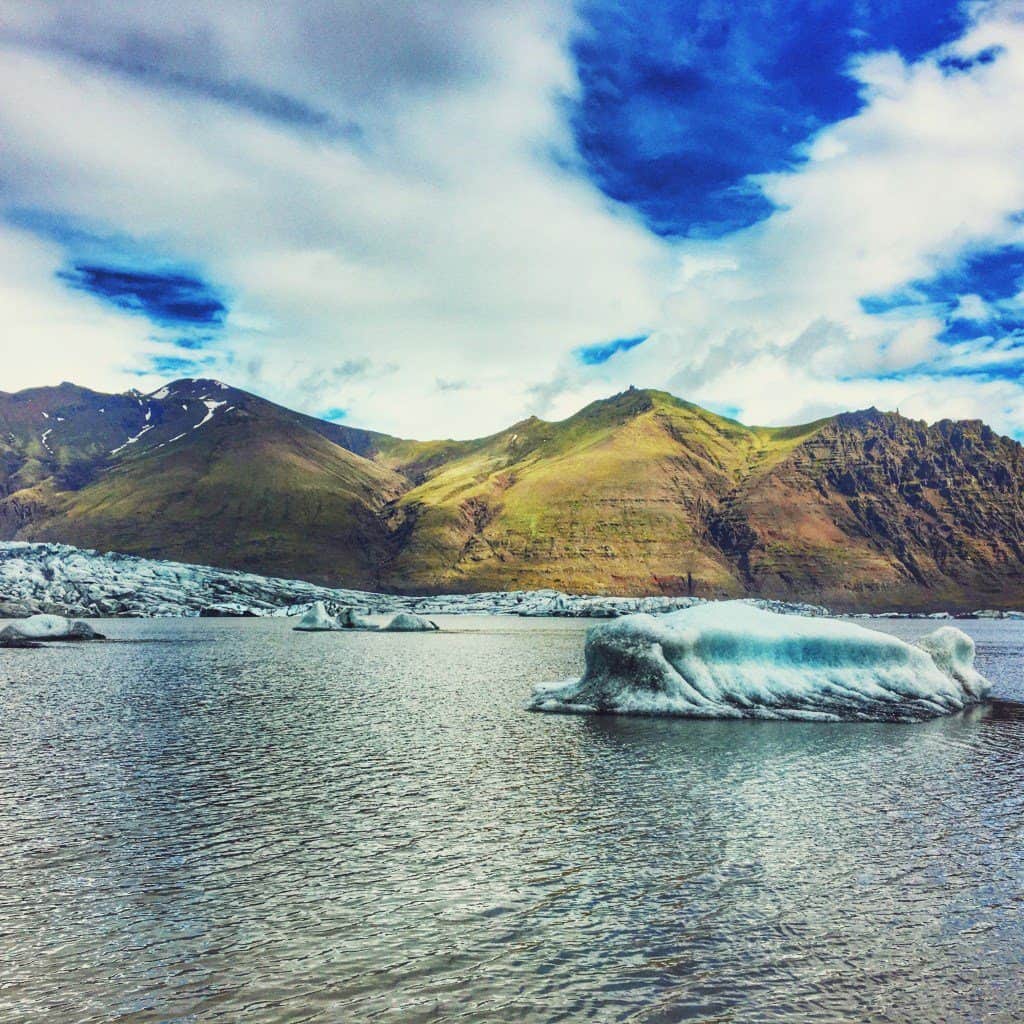 Which of these photos of Iceland is most likely to make you book your own trip? Let me know in the comments section below!

Five years ago I quit my job, sold everything I owned and left my home in Oklahoma City to set out on what I thought was going to be a six month trip around SE Asia.