When you meet someone for the first time and tell them that you’ve been traveling for more than two years inevitably the first thing they ask is where is your favorite, where is the best place you’ve been. Out of dozens of countries and hundreds of cities spread over the four continents I’ve seen this is a very difficult question but I always say my favorite is Kanawa Island, Indonesia located in Komodo National Park.

I had not initially heard about it when I was planning the Indonesian portion of my trip. I was in Kuta, Lombok and had met an older Australian couple that had just come from Kanawa. They told me how gorgeous the island was, showed me photos and told me that even though they had lived on and dove the Great Barrier Reef for many years that the diving near Kanawa was much more impressive, the best diving in Indonesia, in fact. “That’s too bad I missed it”, I told them.

But the seed had been planted and it began gnawing at me.

It wasn’t practical to go– I would be going backwards. It would be too much money as I would need to buy two additional flights. And then I hit myself with the rationalization that always works during my internal dialogues- “you may never be here again; this could quite possibly be your only opportunity.” I pulled out my phone and began booking flights.

The island is so small that it holds less that forty guests at a time. When I visited there were three accommodation options- permanent tents, beach side huts called bale bale’s, and wooden bungalows. Sadly I hear that the more economical tents and bale bale’s have been removed and now only the huts remain.

I opted for a beach side bale bale, a raised platform with only a mattress covered by mosquito netting. The walls were wooden blinds that were able to be moved up and down, creating a breeze that was much appreciated during the night as you drifted off listening to the waves breaking just feet from where you slept. 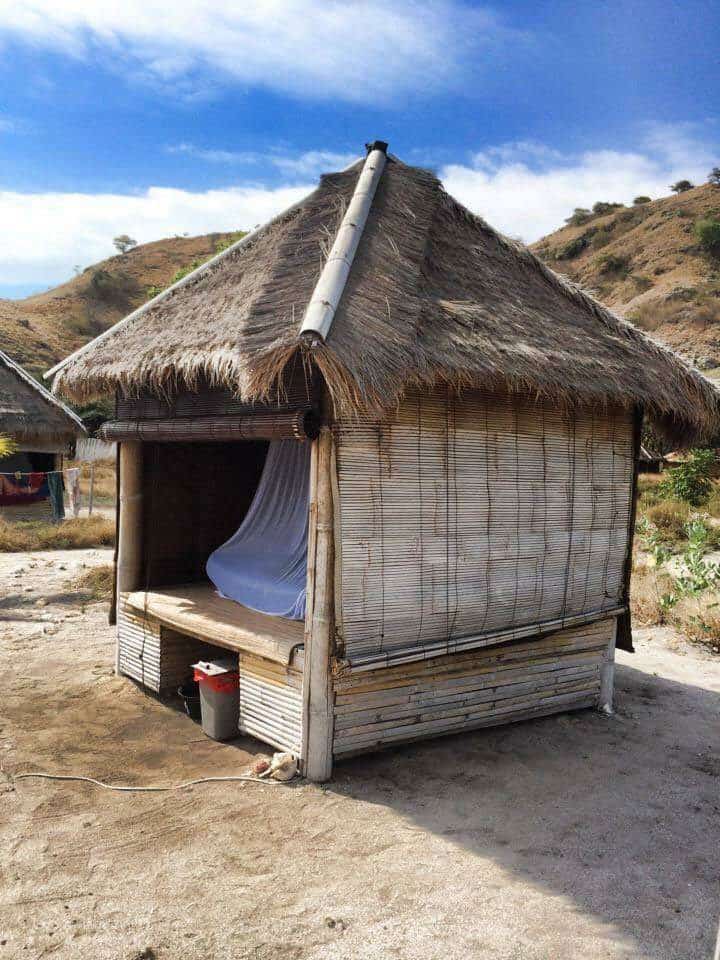 As the island is so small there isn’t much to do besides relaxing, unless you’re scuba diving or snorkeling. Day trips to visit Komodo National Park can be arranged through the main office.

There is one restaurant and a dive shop on the island and that’s it. I had a book and full bottle of sunblock therefore I was more than content to lay around and do nothing.

The water is the shades of blue and green that you would swear had been Photoshopped if you were to see it in a magazine. The only other time I’ve seen water like this is in the Philippines.

The beach is gorgeous and since so few people are on the island it’s never crowded and you’re always able to find your own stretch of sand to be alone on. 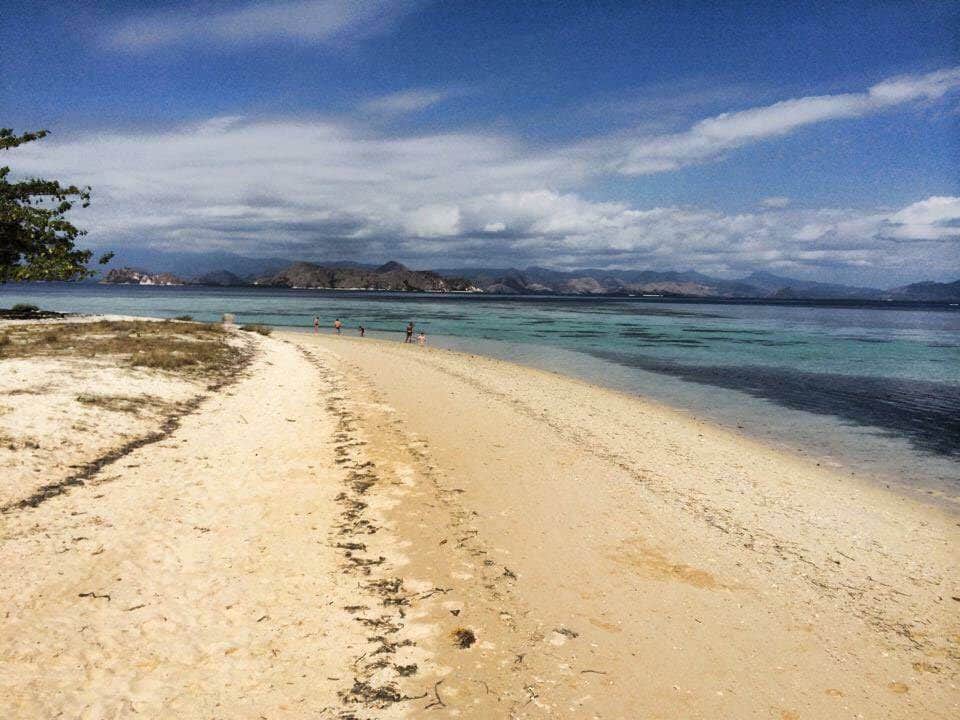 The facilities have a strong focus on ecotourism and sustainability. In fact, only half of the island is made use of. The northern part of the island remains untouched making for challenging but rewarding hiking and exploring.

There are pavilions built over the water with hammocks that are perfect for relaxing in. I spent more than one lazy afternoon lounging watching the fish and even small sharks swimming underneath, reading my book, and napping. 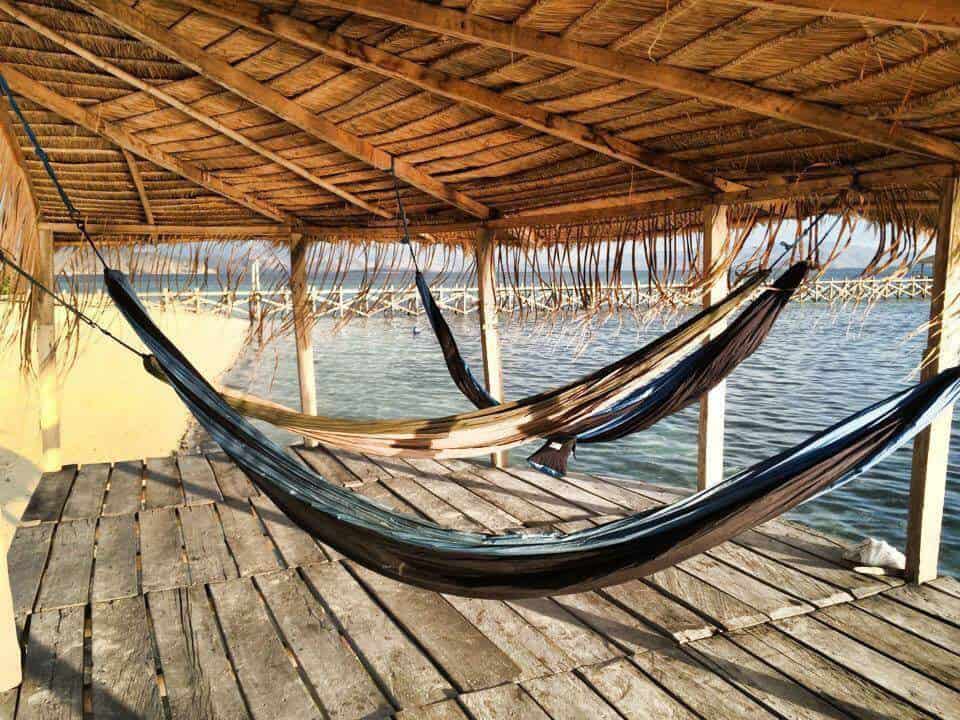 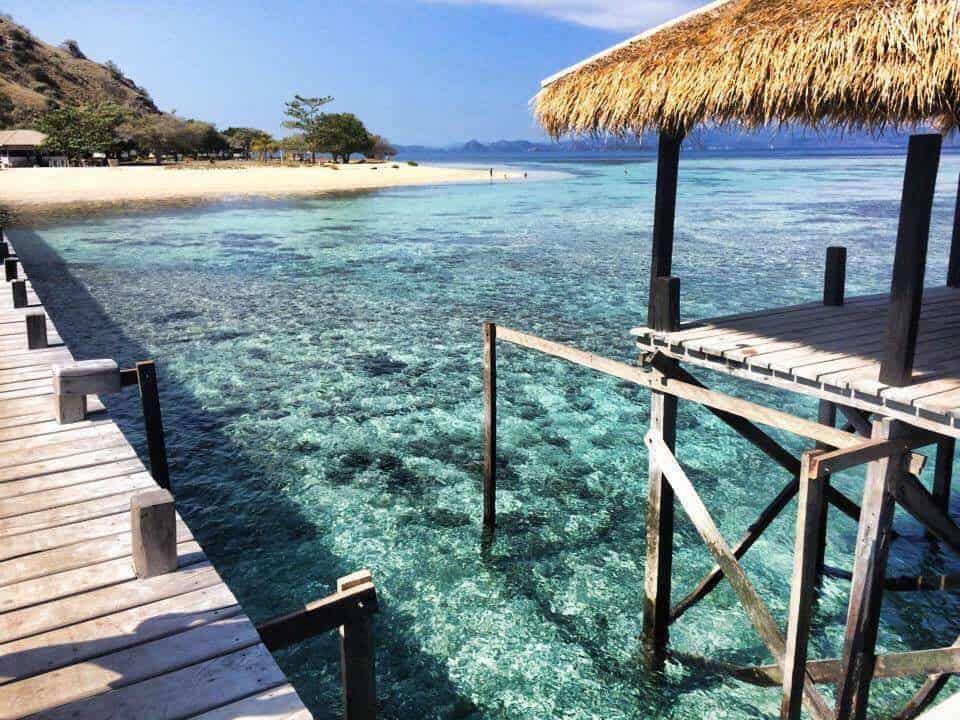 If you’re a diver Komodo National Park should be at the top of your list of “must dive” spots. We set out on the dive boat and soon had dolphins swimming next to us as we made our way to some very remote sites.

After suiting up and descending we found some of the healthiest coral I’ve ever seen and huge varieties of sea life including turtles, huge fish, and large schools of sharks. The only diving I’ve done that compares to Komodo National Park was Sipidan, Malaysia and the Red Sea in Egypt.

Even if you’re not a diver the snorkeling is considered to be some of the best in the world and there’s an abundance of sea life to be seen just off of the sandy beaches.

The sunsets on Kanawa are nothing short of amazing. As the sun descends the sky is turned into a brilliant pink/orange color like I have not ever seen elsewhere. 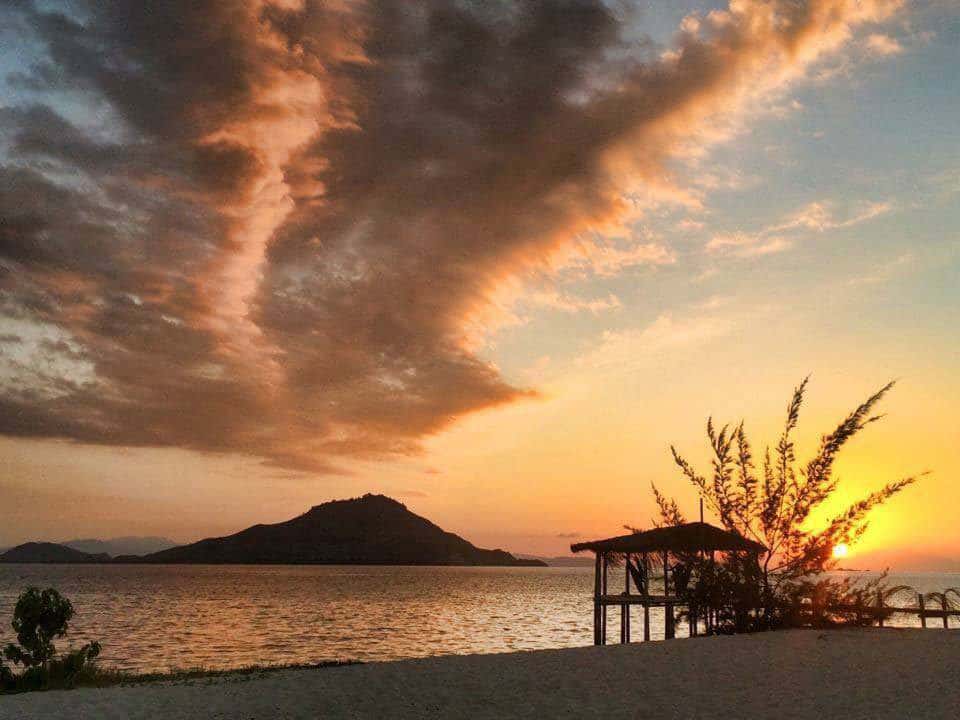 After watching the sun slowly disappear everyone makes their way to the one restaurant on the island to eat dinner from a creative and ever-changing menu thanks to Hero, the island chef. After eating most of us would  take beers and sit around a bonfire, the best possible way to end a day spent on my favorite spot on Earth.

Practical Information: To reach Kanawa Island you will need to fly into Labuan Bajo airport (LBJ) in the town of Flores and then take a ferry to Kanawa. Information about ferry schedules can be found on the ‘How To Get There’ page of the website the island managers maintain. Prices and more detailed booking information can be found on the Home page of the same website. UPDATE: Recently the website has been down for maintenance.

Have you ever visited Kanawa Island? Where is your favorite destination you’ve discovered while traveling? Let me know in the comments section below!!