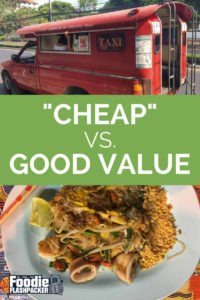 “Oh my God– that’s so cheap,” my new friend exclaimed as the vendor gave us the total and passed the pad thai dish she had just spent five minutes expertly preparing for us. 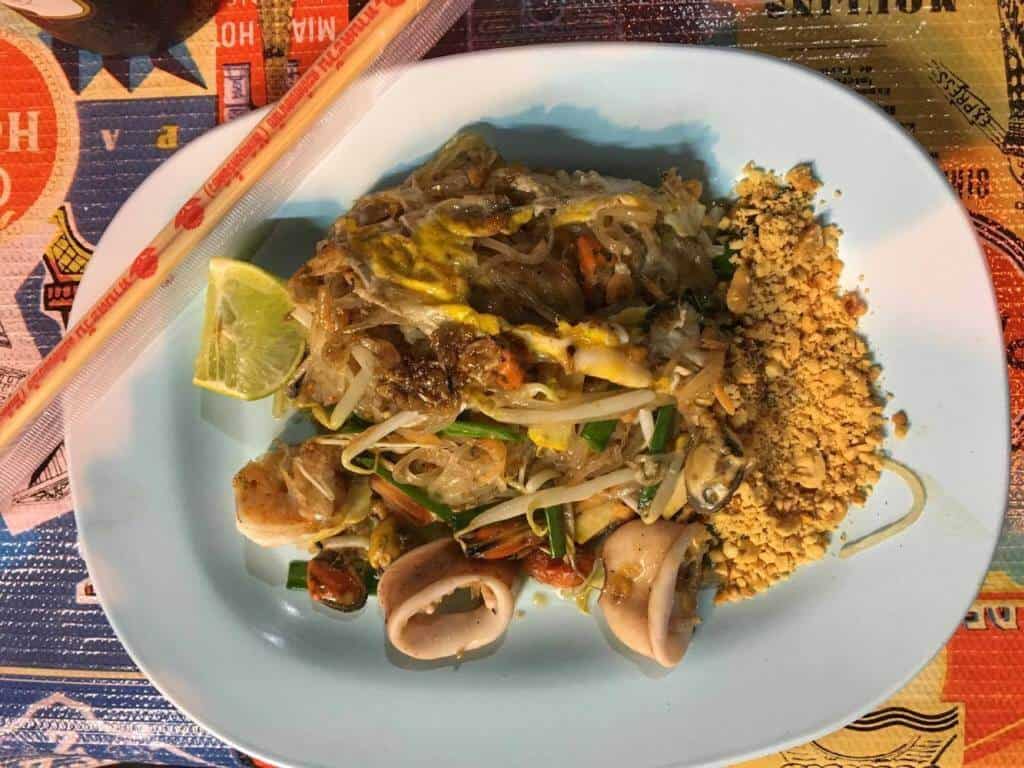 While I’m also guilty of describing food this way, the more time I’ve spent on the road, the more the word “cheap” has begun to bother me.

Yes, paying $1 for delicious, authentic local food can seem cheap, especially when, back home, you’re used to paying $8 or more for a lower-quality dish with the same name.

But oftentimes, cheap denotes quality, not value. And what’s cheap for those of us who benefit from spending time in countries with weaker currencies than our own is often not cheap for locals.

Imagine how a vendor feels when every third foreigner they serve calls their products cheap?

How many times do they need to hear how cheap their food is before they decide they should raise their prices?

And this brings me to the two-tiered pricing system. I often discover there are two sets of prices, one for locals, and another for foreigners.

Sometimes it’s subtle. I’ll notice how much the local guy gets back in change and then realize I was given less for the same transaction.

Other times, it’s not subtle at all. Museums and national parks may have two prices quoted on their entrance signs–one for foreigners and another for locals.

In Chiang Mai, Thailand, for example, a large network of red trucks work the city, serving as shared taxis. You flag one down that’s headed in the direction you want to go, hop in the back with others also headed in that general vicinity, and pay 20 baht (.55 USD) when you arrive.

Oftentimes, when I flag down a red truck and tell him where I’m headed, the driver will quote me a price that can be as much as 10 times the normal one. “No, I live here. It’s 20 baht,” I say. Generally, they say okay and I jump in the back and go. They will rarely refuse to take you unless you pay more. 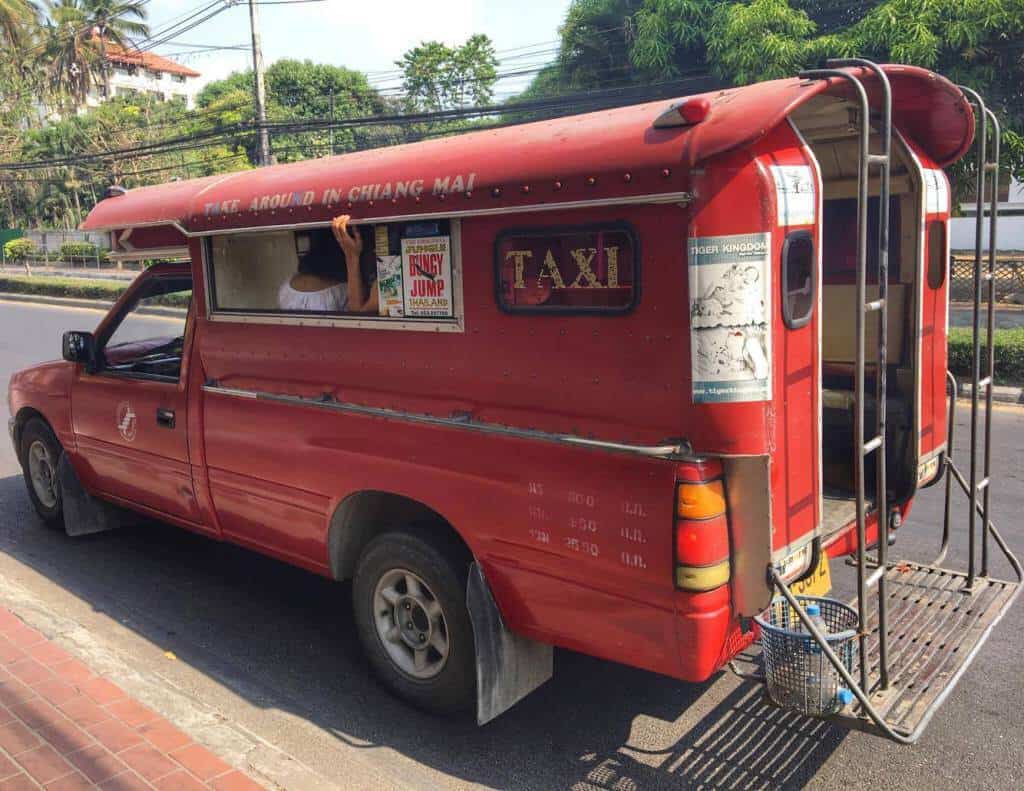 How many times do you think drivers listened to foreigners gushing about how cheap it was before they decided they needed to raise their prices?

This two tier system is something I’m still working on myself. To be honest, it’s taken a bit of reprogramming. I cannot imagine if we tried to institute the same system back home in the United States, where I’m from. People would call it racist or assume they were being profiled if they were asked to proof of citizenship in order to avoid paying more to receive the same.

But in some ways I do understand the concept being that foreigners generally have more income and can afford the difference. But that’s too much of a blanket assumption. It doesn’t take into account all scenarios.

Last summer, when I was in Lviv, Ukraine I remember constantly thinking about how cheap everything was.

This fancy steak dinner at one of the best restaurants in town was less than $9: 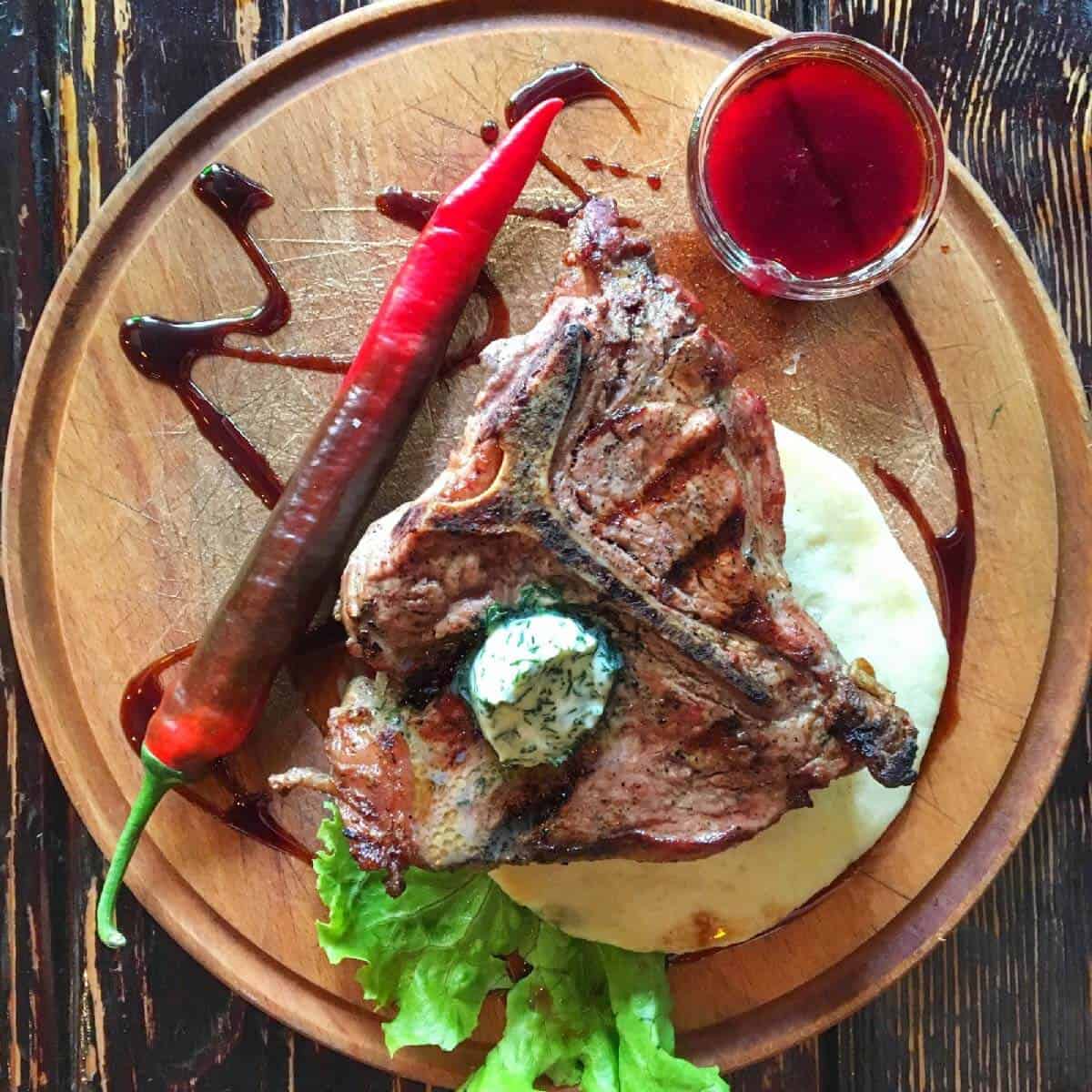 To me, it seemed phenomenally cheap. But then I learned that the average Lviv local person makes only $225 per month. For many of them, this meal would be an absolute splurge.

So how must the hardworking waiter feel when he brings this to the table only to hear diners remark about how “cheap” it is.

Next time you’re tempted to call something cheap, instead try saying “what a good value” or something similar. There’s a big difference between getting a lot of value out of a purchase and that purchase being cheap. And as a bonus, it just sounds less offensive.

What do you think– does this make sense or am I making too big a deal out of nothing? Let me know in the comments section below! 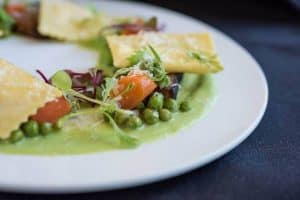